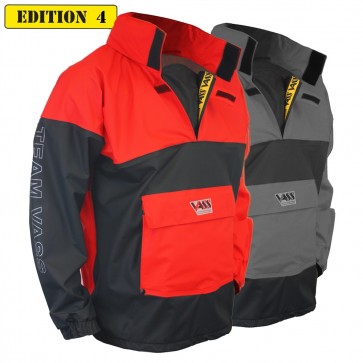 Many of you are probably aware that Vass are proud to be heavily involved with many of the National and International Fishing Teams over the years. Not only has it given Vass the opportunity to support these teams but it has also helped develop and hone the Vass ranges further. The Vass range is constantly developing to cope with the extreme conditions that the Teams face during intense competitions at home and abroad. Inspired by the success of working with these top ‘Teams’ Vass have now launched ‘TEAM VASS’ editions which offer visual and technical advantages over standard models to meet the high demands of competition fishing. The Vass-Tex 175 ‘TEAM VASS’ Edition smock features redesigned colour combination, reflective print on both shoulders and arm (for safety when fishing at night) as well as usual features that the Vass-Tex highly